For the financially disabled auto enthusiast, bang for your buck is a must.  Depending on what kind of four-wheeled fun you’re looking for, there are many categories of affordable cars that can pack a formidable punch.  We’ve argued before that the E36 BMW M3 offers the best bang for your buck but a good friend of mine has recently turned me onto a fierce competitor, the C4 Corvette.

Of course, I realize that the BMW M3 and the Chevrolet Corvette aren’t exactly  competitors.  While the M3 can be had as a coupe, or a family mans four-door-fix, the Corvette is a cut and dry American sports car.  Two seats strapped to a high powered pushrod V8 (generally), the Corvette is a much different beast than its Bavarian business class friend.

The Budget is $10,000 and for that you can get yourself a pretty clean example of either.  For those chasing the ultimate driving machine, be prepared for higher miles for the money you’ll be spending.  A good clean E36 M3 under 100,000 miles will likely be a few thousand dollars over 10k.  The C4 Corvette on the other hand will have plenty of examples in that price range with as low as 60,000 miles.  Sounds like a good bargain to me.

When shopping for the the C4, you better make sure you’ve studied up on your Corvette history.  Sure, you can get a nice clean one owner with low miles for $10,000 or less but the C4 Corvette spanned over a decade.  The early models were gutless wonders that will likely be the most worthless corvettes of all time.  However, things got better for the C4 later in life as horsepower ratings rose, body styles were refined, and electronics were updated.  The anemic L83 gave way to an improved L98 but the C4′s you want to find for the listed price of 10k will have the LT1 to LT4.  The latter two will pack 300 to 330 horsepower and of course have OBD systems that are much easier to work with than the previous models. 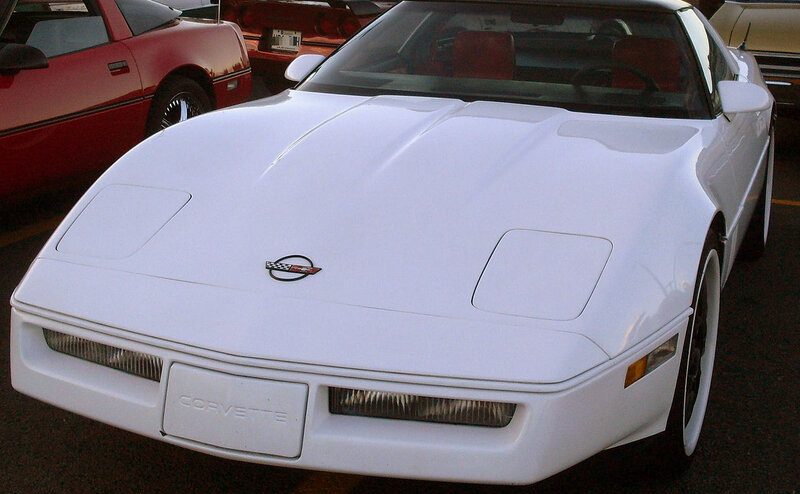 You’ll be hard pressed to find an LT4 for anything less than $14,000 but you can get a solid 300 horsepower LT1 for $10,000 or less.  Don’t bother looking for an LT5 ZR1 as those can still bring as much as $40,000.  While the BMW will give you more seats and a cushier ride, the C4 Corvette will bring higher horsepower for your dollar and much lower miles as well.  So if you don’t mind the difficult egress and ingress and the harsh ride, a late model C4 Corvette will satisfy your go fast needs for minimum cash.

To prove my point I’ve taken several examples out for a spin.  The beautiful red C4 has a custom 17 coat paint job, Baer brakes, and several other performance goodies.  This example is a 91′ with the L98, 70,000 miles and $9500.  The white example is a more original LT1 with about the same mileage and the same price.  With Nearly 60 horsepower more, the LT1 is the clear choice.

So if you don’t mind the rough as rocks ride and you don’t need the extra seats or trunk space, the C4 Corvette is the clear winner.  Corvettes are known to be pretty reliable car, parts are easy to come by, and Corvette clubs are abundant.  Not to mention, as far as classic cars are concerned, they are generally most affordable at 15 to 20 years old, so the C4 corvette is right in its sweet spot from an investment point of view.  If you’re in the market, give some later model C4′s a good look over.  It just might be worth it.