Yesterday, drivers and cars from the goldRush Rally made their first overnight stop in Park City, Utah. When we first heard about this planned stop, we got big eyes and dirty thoughts of seeing handfuls of exotic vehicles that aren’t what you’d necessarily consider Utah natives. Judging from the pictures on this post, that’s exactly what happened.

But we also realize that besides conjuring up images of Ken Block racing through trees and occasionally jumping over Victoria Beckham in a swimsuit, the word “Rally” might not excite many of you as it did us. In fact, you may be asking yourself right now, what exactly is a rally? Why should I care? Did you just make that Victoria Beckham thing up? Below we’ll define and dissect a rally from an observer’s point of view as well as show some stellar photos of goldRush’s stop in Park City. And yes, I did make that Victoria Beckham thing up. Sex sells… Even in writing… On a small blog about cars…

What is a rally?

Now, forgetting about a half-naked Victoria Beckham, rallies are simply organized event that takes teams of drivers down a predetermined route from point A to point B. Easy enough, right? A rally can be anything from a short drive with your friends to a massive planned-out road trip across states or countries, as is the case with goldRush and other popular rallies like Gumball 3000 and Targa Trophy. Participation ranges from tens to hundreds and drivers are organized into self-proclaimed teams consisting of a car and its driver and passengers.

Large organized rallies tend to boast a healthy amount of exotic vehicles, large numbers of participants, and jaw-dropping price tags. The entry price for this year’s goldRush was $7,000. The entry price for this year’s Gumball 3000? An absolutely mind-smashing $40,000. Of course, with those prices, you can only imagine the caliber of cars associated with high-cost rallies.

Obviously then, your next question should be “what the hell does that money go to?” The majority of this year’s goldRush fees went to reserving the hotels and venues that the drivers and participants would be staying at during the trip. In our case, the Utah leg stopped off at the St. Regis hotel in Park City. ‘nough said.  On top of lodging and accommodations, each driver is given sponsor stickers and various livery to ‘brand’ their vehicles with the rally’s theme.

Where do rallies go?

Yearly rally events will most always find new starting and finishing destinations going pretty much anywhere the organizers want. In goldRush‘s case, they stick to routes that in the western U.S. This year’s route took drivers from Denver, Park City, Las Vegas, and Scottsdale, and ended in Los Angeles.

Rally organizers stress that the events are not races, so going really, really fast with a bunch of other supercar owners isn’t the official point. Instead, rallies focus more on the experience of traveling cross country with a group of like-minded people. In fact, driving is often only half the point. In goldRush’s case, the nightlife, parties, DJs, and hotels that came as part of the package were what made the rally more than just a road trip.

Regardless of all that above, speed was had. So much so, we were told that nearly every single driver managed to get a speeding ticket, with several folks even managing two by day’s end. And that was just the first leg of five. I’m pretty sure the Allstate guy is losing sleep right now.

So what does all this mean to me?

It all comes down to visual and audible sensations. Obviously, for anyone who’s a car watcher, rallies provide an unparalleled opportunity to see concentrated amounts of rare vehicles. goldRush alone gave us Ferraris, Nobles, Maybachs, Bentleys, Lamborghinis, Porsches, a Mercedes-McLaren SLR, and some gaudy lifted jeep that felt as out of place as Aretha Franklin at an anorexia self-help convention. Furthermore, these cars are actually being driven and not just sitting under a velvet rug in some air-cooled garage, and that means hearing exhaust notes.

If you didn’t get up to goldRush this year- which is everyone reading this- don’t fret! We’ve got you covered with a tasty assortment of pictures and videos of the highlights of the rally. 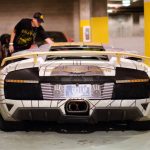 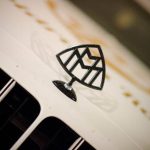 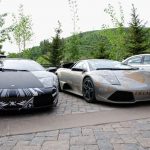 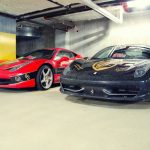 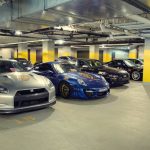 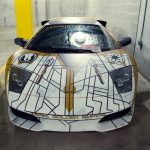 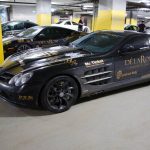 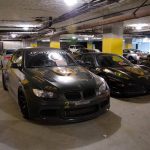 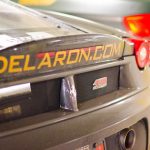 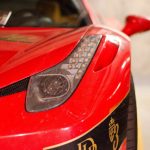 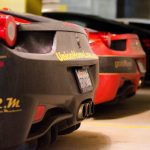 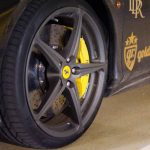