This weekend, Madison Snow clinched the 2011 IMSA GT3 Cup Challenge at the series’ stop at Laguna Seca. At first, this would sound like just another champion driver winning their series until you find out that Madison isn’t even old enough to legally drive. He’s 15.

So how does a kid who doesn’t own a driver’s license come to win one of the most intense race series in the world? First, the name Snow should sound familiar to those who follow motorsport. Madison is the son of Melanie Snow, a local veteran racer from Pleasant Grove who just got drafted into the first all-women driver-crew in ALMS history. His family has a history and we think it’s a safe bet to assume he’s living up to their speed-filled expectations.

Secondly, Madison was brought up behind the wheel of a kart. He is a product of numerous karting series at Miller Motorsports Park, which eventually lead to numerous sessions behind the wheel of a Mustang at the racetrack’s Ford High-Performance Racing School. Looks like he paid attention well because on Sunday Snow drove his Porsche 911 GT3 Cup over the finish line to clinch the title well before the end of the season thanks to a full 47-point lead over the series’ second-place driver. That’s not a win. That’s a landslide. He’s even got one more race at Road Atlanta, one that he says he’ll be able to “just have fun out there.” 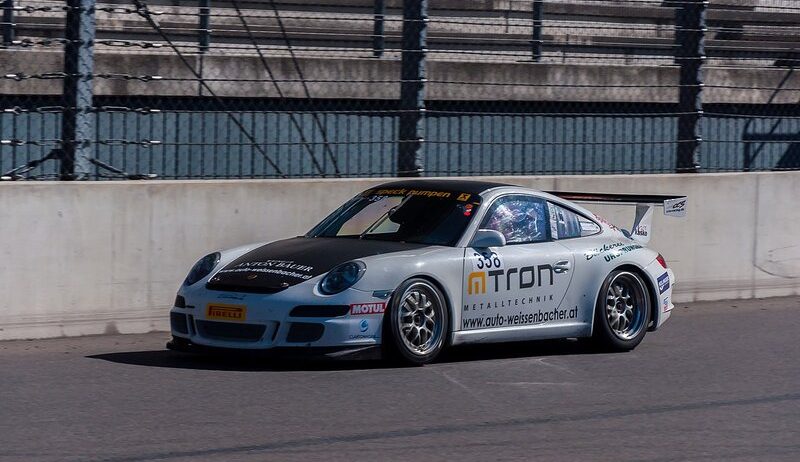