Just a few short months ago Ford unveiled the 2015 Mustang for all eyes to see.  It was met with a wide variety of critique ranging from loving it to hate it.  The unveiling came in the shadow of the 50th anniversary celebrations happening next month in Las Vegas.  I didn’t expect to see one until they were on sale and on the road.  Living in Utah typically means not seeing the new stuff until someone has bought one.  Little did I know that I would see one sooner. 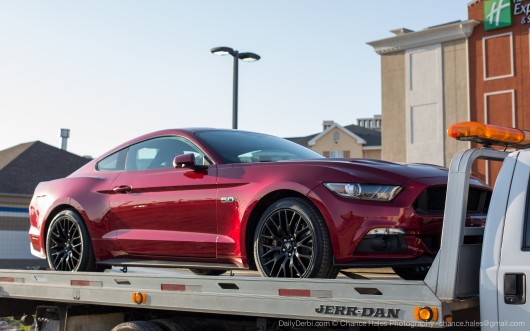 I was on my way home this evening with my wife and I looked over and I saw a car on a tow truck next to a gas station.  At first, I thought nothing of it but then it dawned on me what I was looking at!  We quickly pulled over and I pulled out my phone and snapped some pics.  It is a very good-looking car.  It looks MUCH better in person than it does in photos, especially in that red paint.  The paint just explodes off the car in sunset light revealing some nice orange flake.  We went home and I grabbed my real camera and went back.  It was still there. 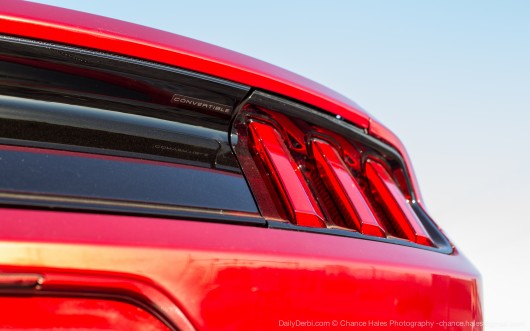 My favorite detail on the car is the taillights.  They are so angular and chiseled.  While admiring them I noticed an interesting detail on this car.  Look at the photo above, see that “convertible” emblem?  That’s odd…  The car is a coupe.  So why the convertible emblem?  Either there is more to this car than meets the eye, somebody goofed, or Ford needed a rear panel quick and that is what they had. 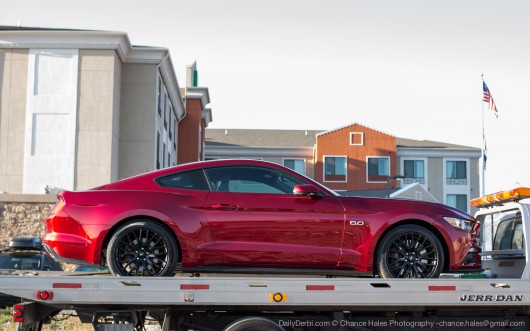 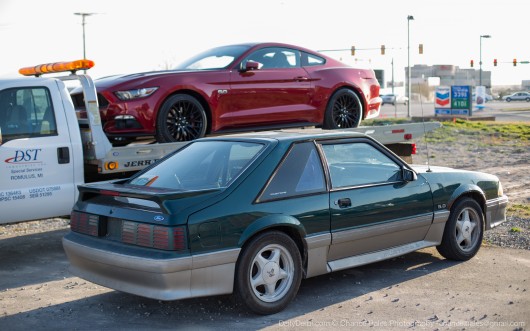 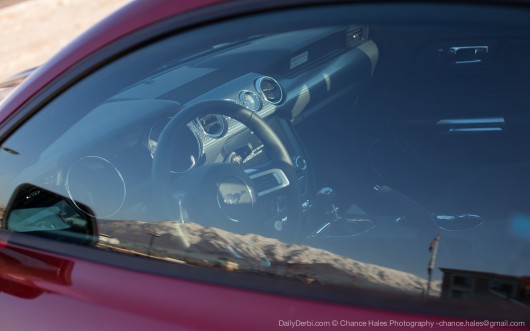 **Update**  It turns out that this car is on it’s way to a commercial shoot in Payson, UT.